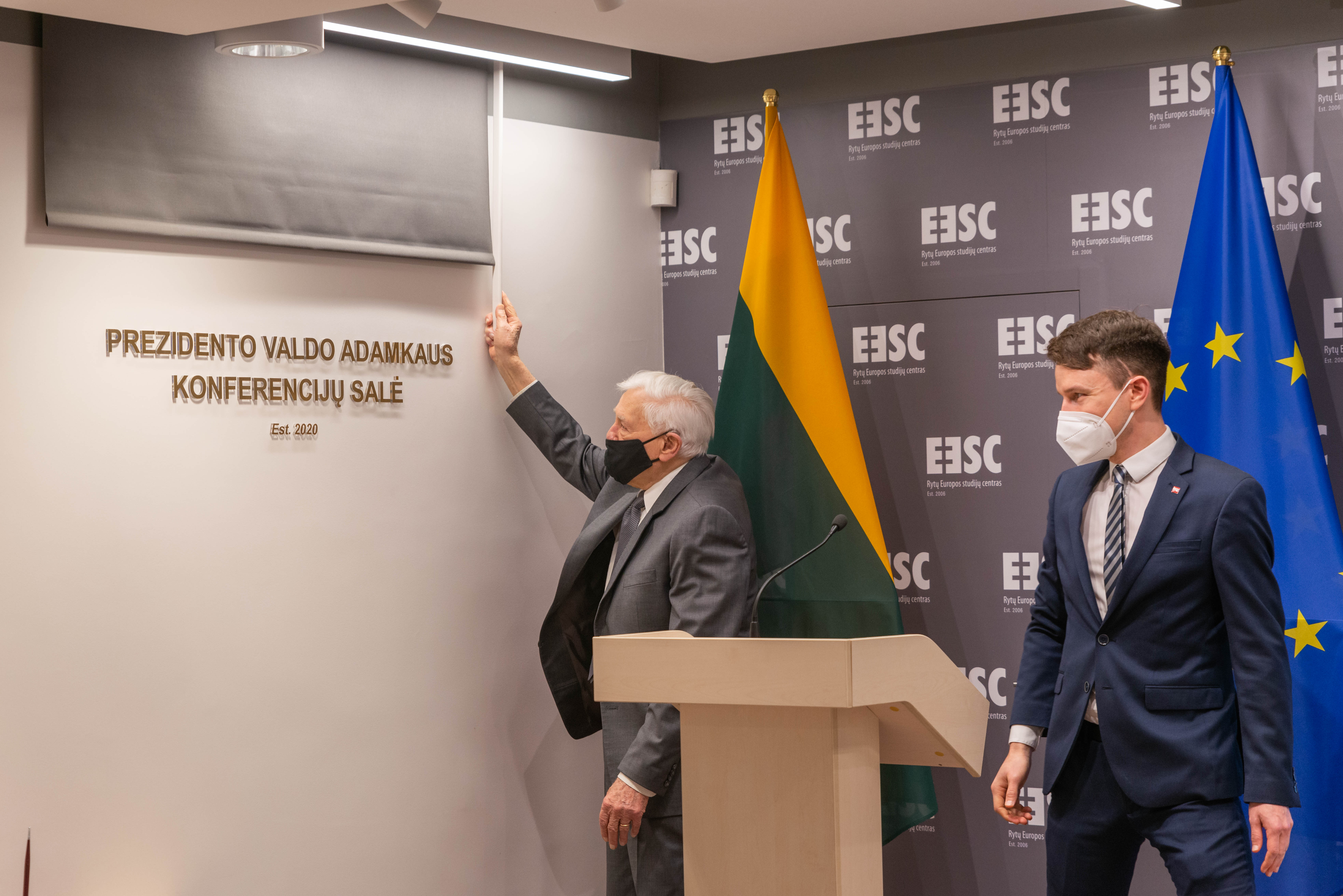 “This year, we mark fifteen years of work and take a qualitative step forward. V. Adamkus has not only dedicated great attention to Eastern Partnership in his work but has also contributed to building a Western culture of discussion in Lithuania. It is our honour that the President was willing to bequeath his name, thus binding both the renewed EESC conference hall’s guests and us in duty,” the EESC’s director Linas Kojala said.

During the unveiling of the President V. Adamkus Conference Hall, Prime Minister of the Republic of Lithuania Ingrida Šimonytė applauded the centre’s fifteen years of work: “The centre has proven that it can be a source of high quality, truly earnest and reliable analysis, concurrently nurturing an open space for people to speak up. Sometimes strictly, sometimes to the point of shaking the earth, but always in the spirit of dialogue.”

While thanking the centre, President Valdas Adamkus emphasised its importance in building a connection between East and West: “We have around 1,000 kilometres of common border separating two European cultures – East and West. They are different and have currently been pitted one against the other and so, any exchange of information, any pursuit of ways to bring the two sides closer, is incredibly important. Other than the efforts of our government efforts and our academic community, I believe that this centre should be the key voice in our society in resolving the reasons for the two cultures drawing closer or even separating.”

He was echoed by Vilnius University Institute of International Relations and Political Science director Dr Margarita Šešelgytė, who spoke during the conference hall’s opening about the centre’s importance in the development of Lithuanian foreign policy, with the country seeking to hold a leading role in the region, bridging Eastern and Western capitals: “The Eastern Europe Studies Centre has been tasked with a crucial role – on the one hand, to create ideas and maintain links to the analytical centres of those countries, but also to help decision-makers discover new visions, even in small increments.”

The centre also has established a “Chief of Diplomacy” S. Lorozaitis Meeting Hall and a small library, where publications on Lithuanian foreign and security policy are gathered.

The EESC was founded in Vilnius in 2006 jointly by the government of the Republic of Lithuania and the Vilnius University. The analytical centre runs five research programmes on Eastern Partnership, Belarus, US-Lithuanian relations, disinformation and China, as well as implementing projects with the European Union, NATO and other organisations. In the University of Pennsylvania annual rankings of analytical centres around the world, the EESC holds the highest position in the Baltic States’ political and international relations category. 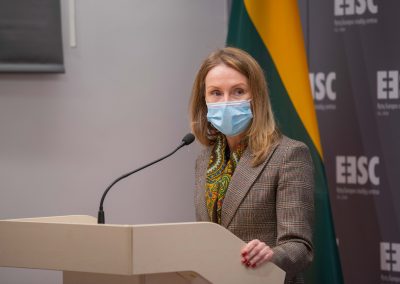 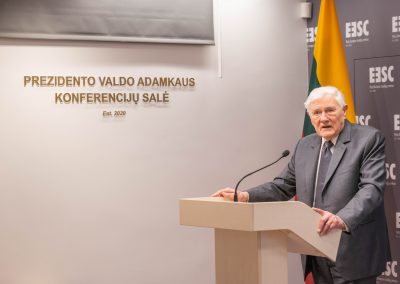 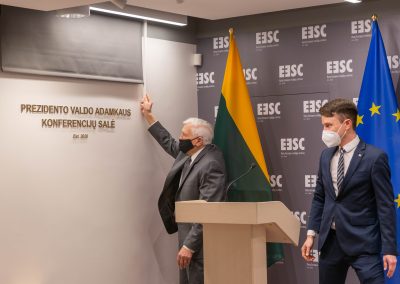 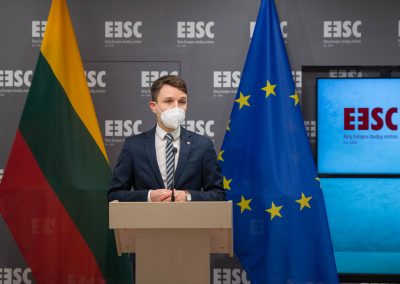 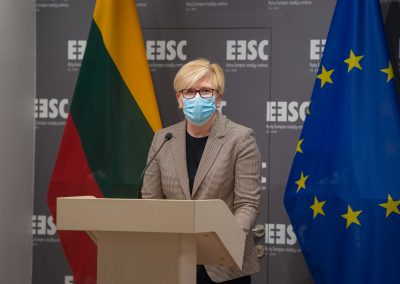 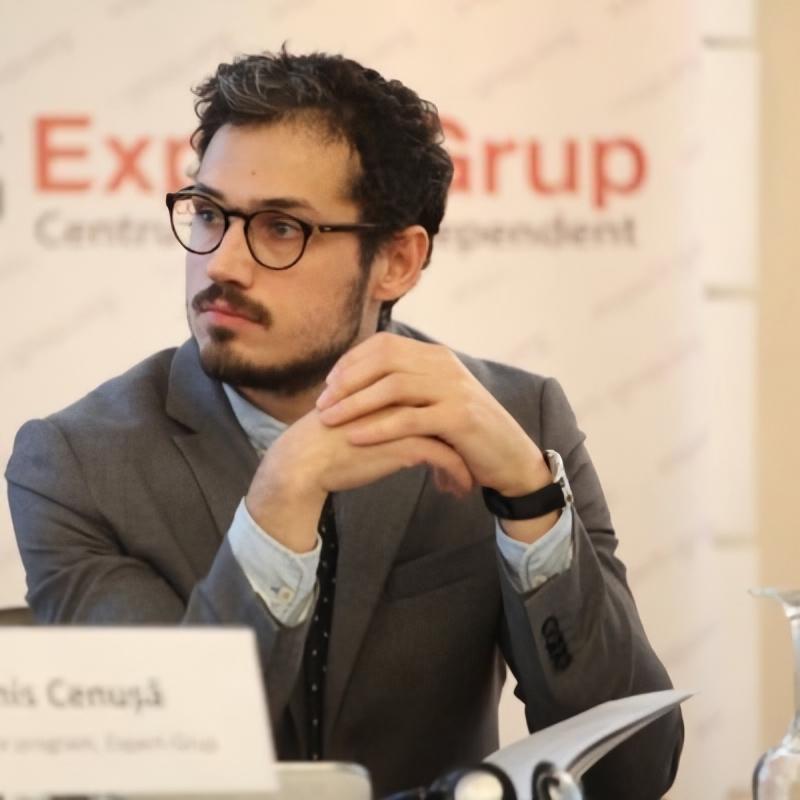