Report on the FPRI-EESC brainstorming session held on April 14, 2021 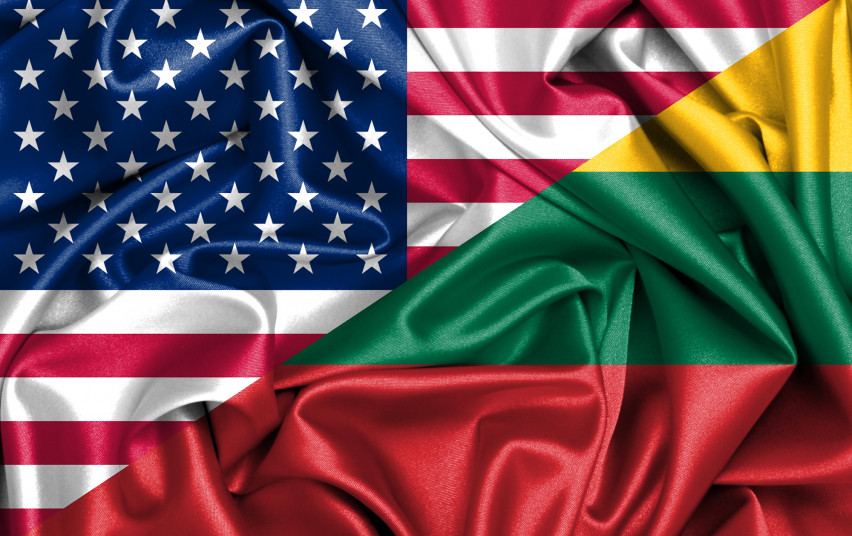 The brainstorming event on the US-Lithuanian relations was organized by the Eastern Europe Studies Centre, in cooperation with the Foreign Policy Research Institute in the US. Discussion took place in accordance with the Chatham House rules, hence no names are mentioned.

On April 14th dialogue the Eastern Europe Studies Center in Vilnius and the Foreign Policy Research Institute in Philadelphia held an informal dialogue to discuss the U.S.-Lithuanian and U.S.-Baltic relations in the aftermath of the 2020 U.S. Presidential Elections. Experts from the United States, Lithuanian, and other parts of Europe provided the background on the current state of Lithuanian-American cooperation, identified potential opportunities for future endeavors, and ascertained avenues of approach to keep Lithuania on the U.S. political agenda in Washington.

To open the dialogue, an expert on the U.S.-Lithuanian diplomatic relations, affiliated currently with the Lithuanian government, shared his perspectives on the situation. Taking the temperature of the current state of the relationship, he characterized Lithuanian interest in bilateral cooperation as one rooted in shared values. Also advocating for the cost-effective nature of American investment in the country, the speaker noted the success of ties with Pennsylvania both economic and defense-related, and advocated for expansion of such partnerships. Looking forward, investment and cooperation in the information technology and cybersecurity capabilities of Lithuania will be mutually beneficial, especially as the country is widely recognized as “tech-savvy” throughout the region and this sector and Lithuania enjoys significant competitive advantage in the tech sector. Lithuania has procured a large majority of defense technology from the U.S. and a more cooperative effort beyond procurement will create horizontal links between the two defense industries. Within this, policymakers need to evaluate the Buy American Act from the Trump Administration, as well as prioritize budgetary appropriations made annually to maintain the current U.S. presence in the region. The final recommendation from the speaker was concerned with the “winding down” of the U.S. military presence in the Middle East, and identifying the future areas of military cooperation where Lithuania and the United States can work together in a mutually beneficial manner – this can be true especially with respect to the Pacific.

The second speaker provided analysis on the American foreign policy viewpoint. The Biden administration is laying the foundation for a shift in American foreign policy and marks an end of an era. To deal with the current twin crises – the intensifying conflict between Russia and Ukraine in Donbas and the Taiwan Strait crisis – Secretary of State Blinken went directly to Brussels. This move speaks to the coming shift in the U.S. foreign policy posturing. The Indo-Pacific refocus requires countries like Lithuania to consider a diminished U.S. presence in European countries and preparation from that point of view, rather than calls for Lithuanian forces to the region. Lithuania and other European Union member states have a window of opportunity to encourage economic cooperation between the E.U. and U.S. with the United Kingdom now gone from the Union – a point with which the first speaker agreed as vital. The aforementioned Buy American Act has been indicative of a larger effort by the Biden administration to interconnect the foreign policy and domestic policy, and identifying how foreign policy initiatives improve domestic policy situations in the country. The geostrategic agenda in which the West is an integrated economic community countering the rise of China economically without distracting from the American domestic agenda is the greatest priority looking ahead.

Following the second speaker, another expert on U.S. foreign policy strategy added two major issues that stand out for the Biden administration. First is climate change and its larger role in the national security agenda. It will be important for Lithuania to ask what role they can play in addressing the challenge. The second issue is the complex relationship with Russia. There appears to be a substantial gap between the rhetoric of the Biden administration on Russia and what has been seen thus far in practice, as there has been little substance to the actions.

The fourth speaker, an official within the Lithuanian defense sector, opened by discussing the additional troops deployed to Europe by the U.S. Defense Secretary Austin and discussed what troop deployments to Europe will look like in the years ahead.

Another area to consider in Lithuanian-U.S. relations with significant reach concerns energy, and it was recommended by an individual within the industry that looking for partnership opportunities with the U.S. is a good strategy in the future but right now it will be more useful to partner with smaller-scale actors in the region and among the E.U. member states. Taking the same approach to cyber activities and seeking out new relationships with actors in the Pacific will make cooperating with the United States more relevant.

One of the officials affiliated with the Lithuanian government spoke to the shared values among the two nations. With the Biden administration, the international community has noticed an emphasis on human rights and good governance coming from Washington. Lithuanians want to know whether or not they will be supported by the U.S. as they tackle similar issues. One of the examples mentioned was an upcoming opening of a trade office in Taiwan, which China has been less than enthusiastic about, and Lithuania’s recent exit from the Cooperation between China and Central and Eastern European Countries (17+1). Knowing it will have American support when standing up to China will be important to Lithuania. Also of interest is whether the U.S.-Lithuanian projects on energy that were in progress with the previous administration will continue. This is to be seen.

Two American foreign policy experts responded, arguing Washington has taken notice of the shift with Lithuania, specifically mentioning the 17+1 to 16+1 change this March, and this has been something important to those working with both the Baltic Sea region and Asia. Looking toward energy production and security, answering the question, “what’s the overlap between energy security and climate issues?” is an important task for the Biden administration. The Lithuanian perspective on Belarus will provide deeper insights for U.S. and European thinking about the region and for this reason they can position themself as critical. Varying types of security considered in U.S.-Atlantic partnerships make the values argument relevant beyond the economic plane. Lithuanian strategy will broaden its ability to engage in strengthening supply-chain security and interconnectivity as the U.S. and Europe attempt to de-couple from China.

Another individual working on the Baltics-related issues in Washington, D.C. provided updates on current initiatives regarding Lithuania. Two key priorities are the Baltic Security Initiative and protecting human rights in Ukraine and Belarus. He added that continuing the cultural and business ties through sister-city relationships and locally-driven business initiatives is also important looking forward.

Closing remarks for the conversation recognized the dilemma of the Baltic narrative with Russia and reiterated the necessity to move out from underneath the Russian-threat focused rhetoric. 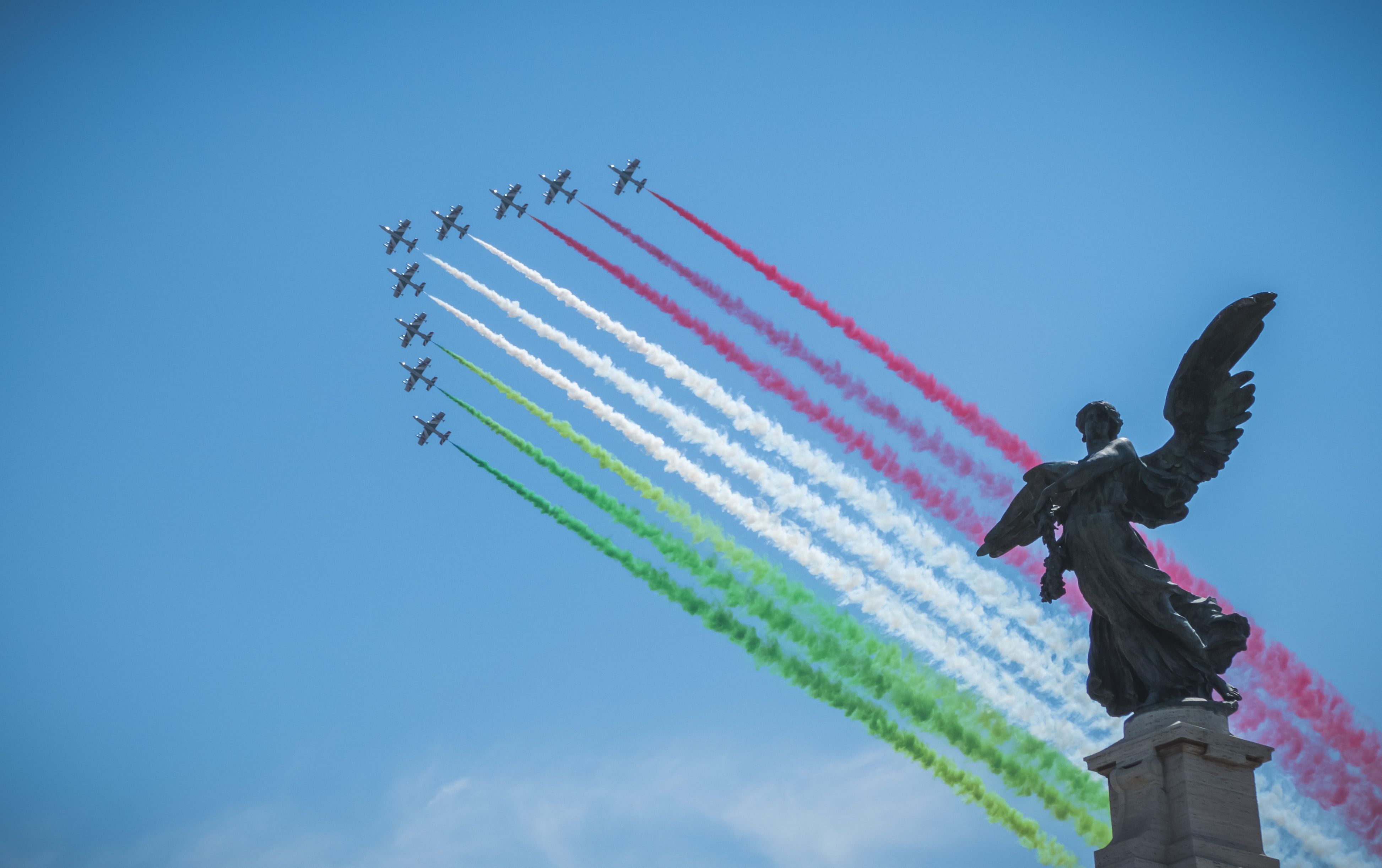 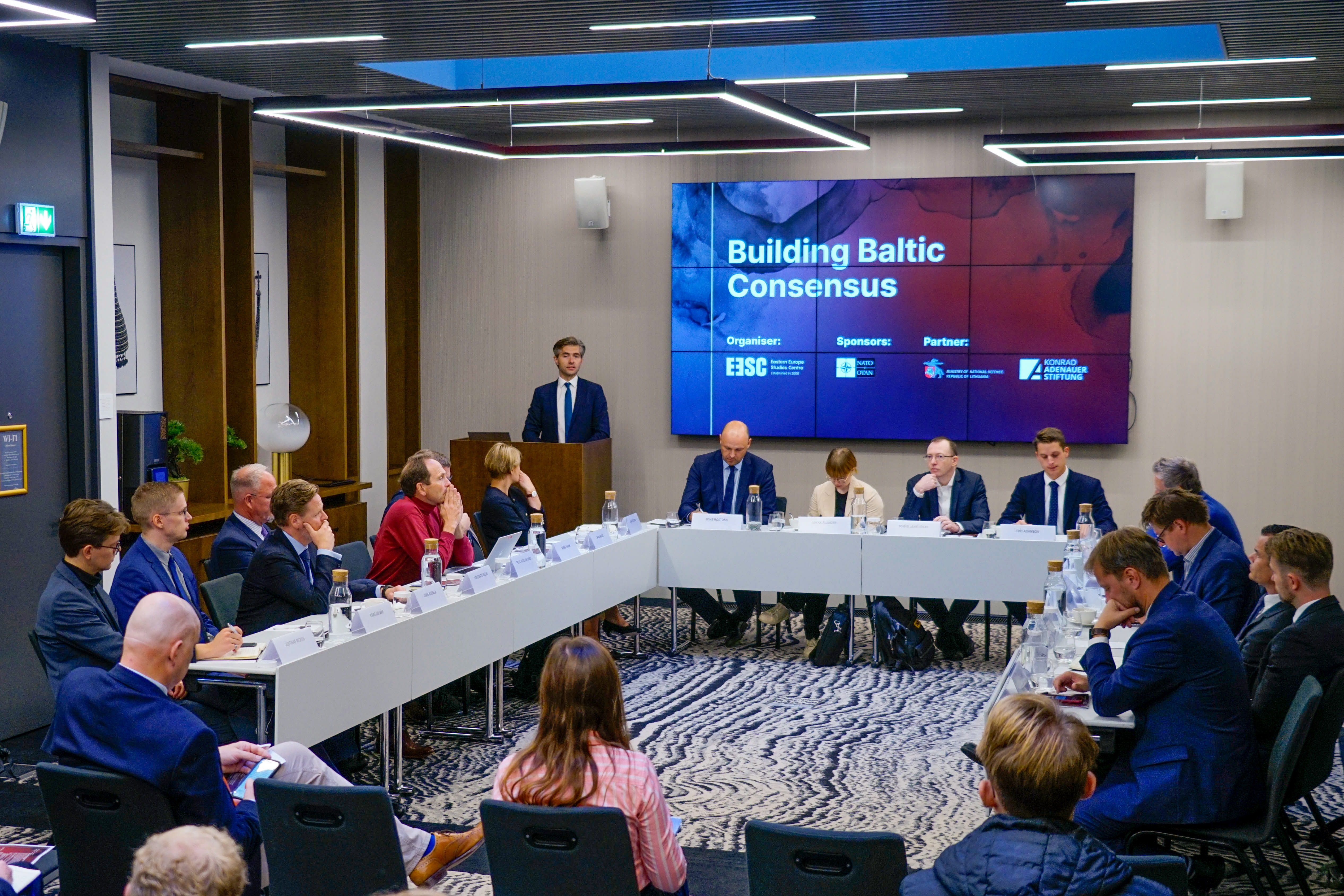