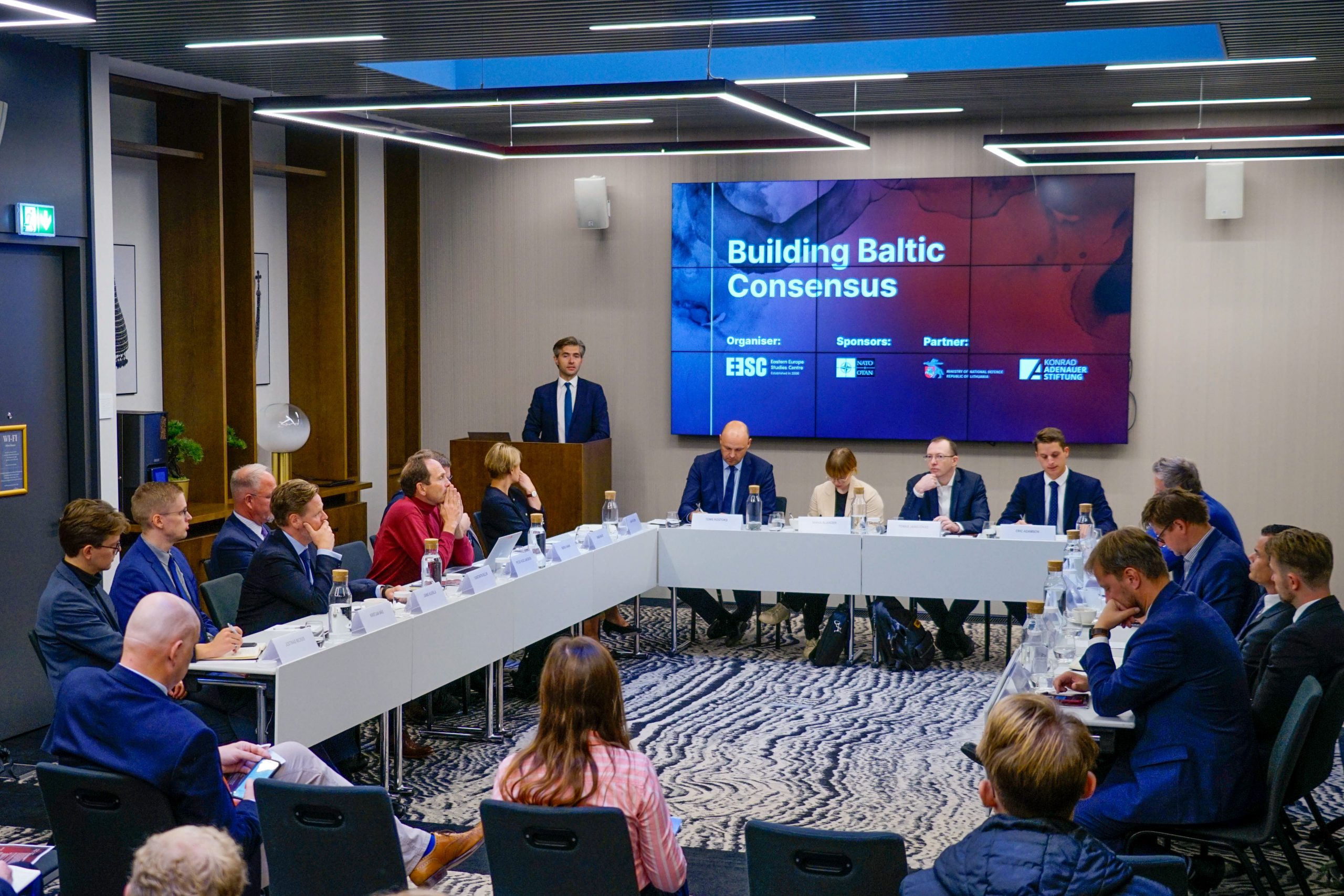 On 9 September, the Eastern Europe Studies Centre, in cooperation with the NATO Public Diplomacy Division, Konrad Adenauer Stiftung, and the Ministry of National Defence of the Republic of Lithuania, organised the event Building Baltic Consensus. The discussions focused on issues related to the security of the Baltic Sea region, Sweden and Finland’s decision to seek NATO membership, and NATO’s response to the war launched by Russia in Ukraine.