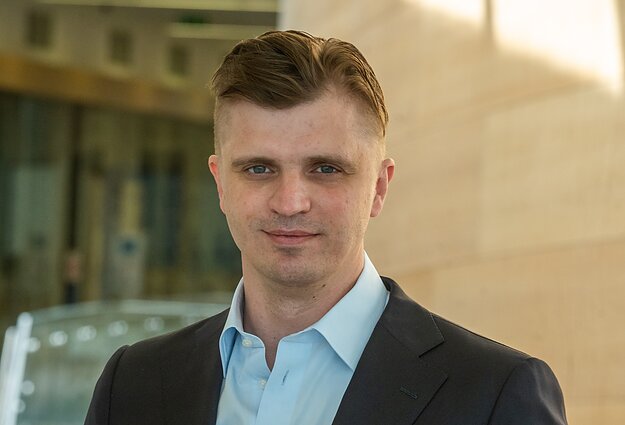 Giedrimas Jeglinskas is joining the team at the Eastern Europe Studies Centre (EESC). He will be the EESC’s Associated Expert on NATO-related topics.

Having concluded his term as NATO Assistant Secretary General in 2022, Mr. Jeglinskas will contribute to the analytical work of the EESC, as well as share his insights during events.

“Our goal is to assemble the best experts in their respective domains. In July this year, Vilnius will host a NATO Summit, and during this, the EESC will also be organizing the summit’s official expert event – the NATO Public Forum. Thus, Giedrimas’ experience and knowledge will be invaluable, especially given that we expect this will be a historic gathering of the Alliance’s leaders. Both in terms of continuing support for Ukraine and in terms of reinforcing the NATO eastern flank,” said Linas Kojala, the director of the EESC.

“I am glad to have the opportunity to join the team at the EESC during such a watershed moment for Lithuania and the entire region. The NATO summit is an exceptional opportunity for Lithuania, and so I am confident that my international experience and network within both NATO and the private sector will help our team achieve our utmost goals,” stated G. Jeglinskas.

Jeglinskas is a graduate of the United States Military Academy at West Point. He also holds a master’s degree in National Security Studies from Georgetown University in Washington D.C. and a Master’s in Business Administration from Columbia Business School in New York.

Jeglinskas is a former vice minister of national defence and a reserve officer of the Lithuanian Armed Forces. He has served at the Grand Duke Algirdas Mechanised Infantry Battalion in Rukla, as well as the Second Investigation Department under the Ministry of National Defence.

Mr Jeglinskas is also currently a Non-Resident Senior Fellow at the US think-tank Atlantic Council.