Roundtable discussion “Women in Combat Operations: why is it still a taboo?“ 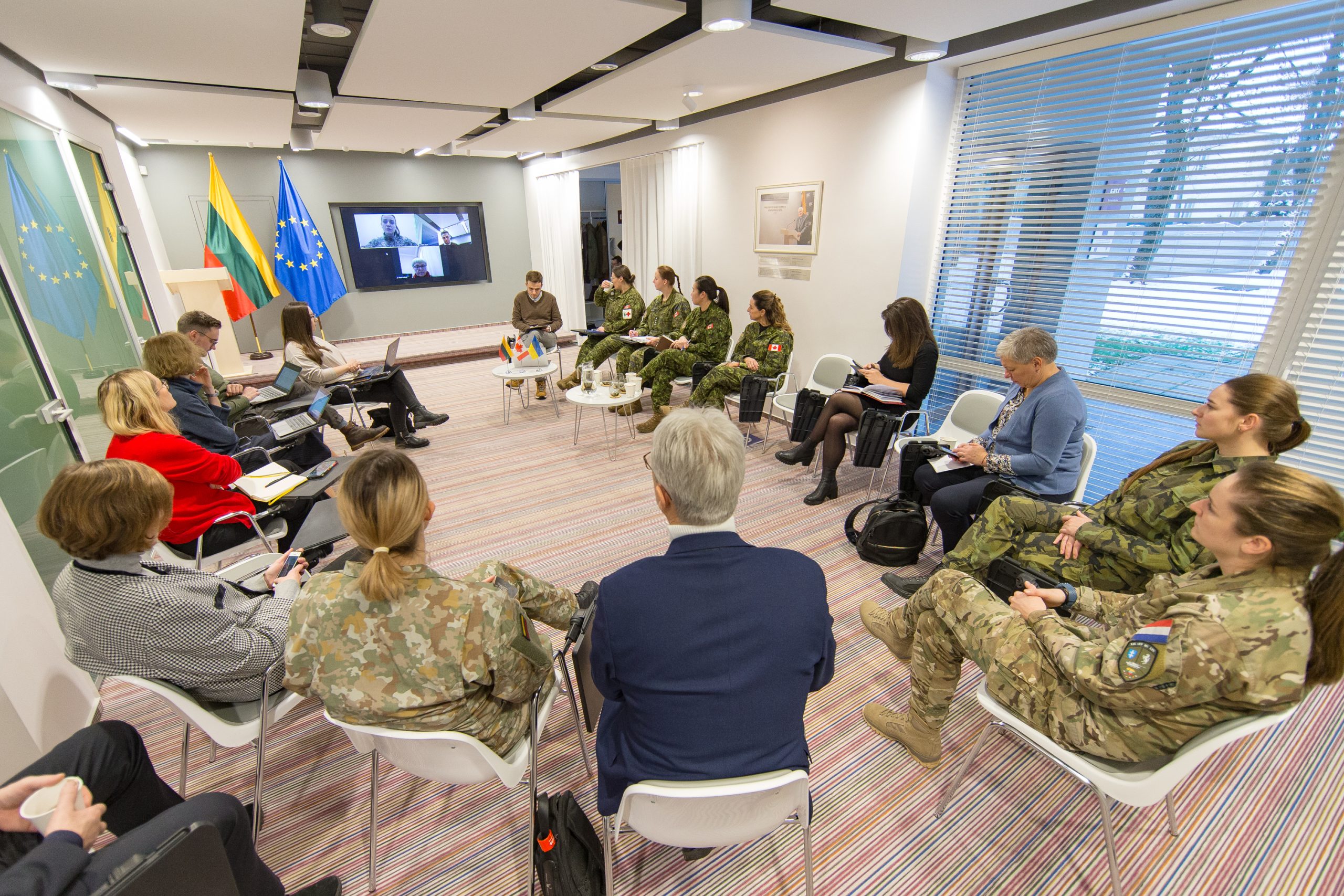 On 29 November, the Eastern Europe Studies Centre, in cooperation with the Embassy of Canada in Lithuania, organised the roundtable discussion “Women in Combat Operations: why is it still a taboo?”.

The opening remarks were made by Olena Suslova, Founder of the Ukrainian Women’s Information Consultative Centre, and Inna Zavorotko from the Legal Department of the Ukrainian Ministry of Defence.  According to recently published Ukrainian Ministry of Defence data, 60 000 Ukrainian women are currently serving in the Ukrainian Armed Forces. As noted by Ms Zavorotko, there are two main reasons for this number in the armed forces, which are related to society and state policy: “In Ukraine we had two big waves of women involvement in the Armed Forces of Ukraine. It happened in 2014 and also in 2022, when the full-scale invasion happened. It means that women, as a part of the Ukrainian society, are very active and they are ready to react on any circumstances, including war and combat activities, which are happening in Ukraine. They are ready to defend their own country and to fight for independence of the country”.

During the event, representatives of the Canadian Armed Forces – Lieutenant Colonel Leona Ahn, Lieutenant Commander Tammy Audet, Major Valerie MacEachern and Captain Joannie Latulippe – shared their insights on the role of women in security and defence, the significance of gender diversity in the military service, as well as the importance of transformational leadership.

As noted, security and the military are very important in Canada. However, security and gender equality are everyone’s responsibility. When it comes to gender equality, representatives of the Canadian Armed Forces highlighted how missions in Afghanistan and Iraq have changed attitudes towards women in the military. The speakers observed that stereotypes are still prevalent in society, with many people believing that men have more competences and knowledge in military affairs than women.

The situation in Ukraine was also discussed at the event. As the speakers pointed out, 24 February made us realise that we cannot take freedom for granted and that we should be grateful for it. Through the war in Ukraine, we see a struggle for values, sovereign borders, etc.During the event, participants also shared how it felt, arriving in Latvia in the midst of the war in Ukraine.