Overview of developments and processes in Europe and European countries in 2022 Q4. Cooperation between Poland and South Korea in defence industry 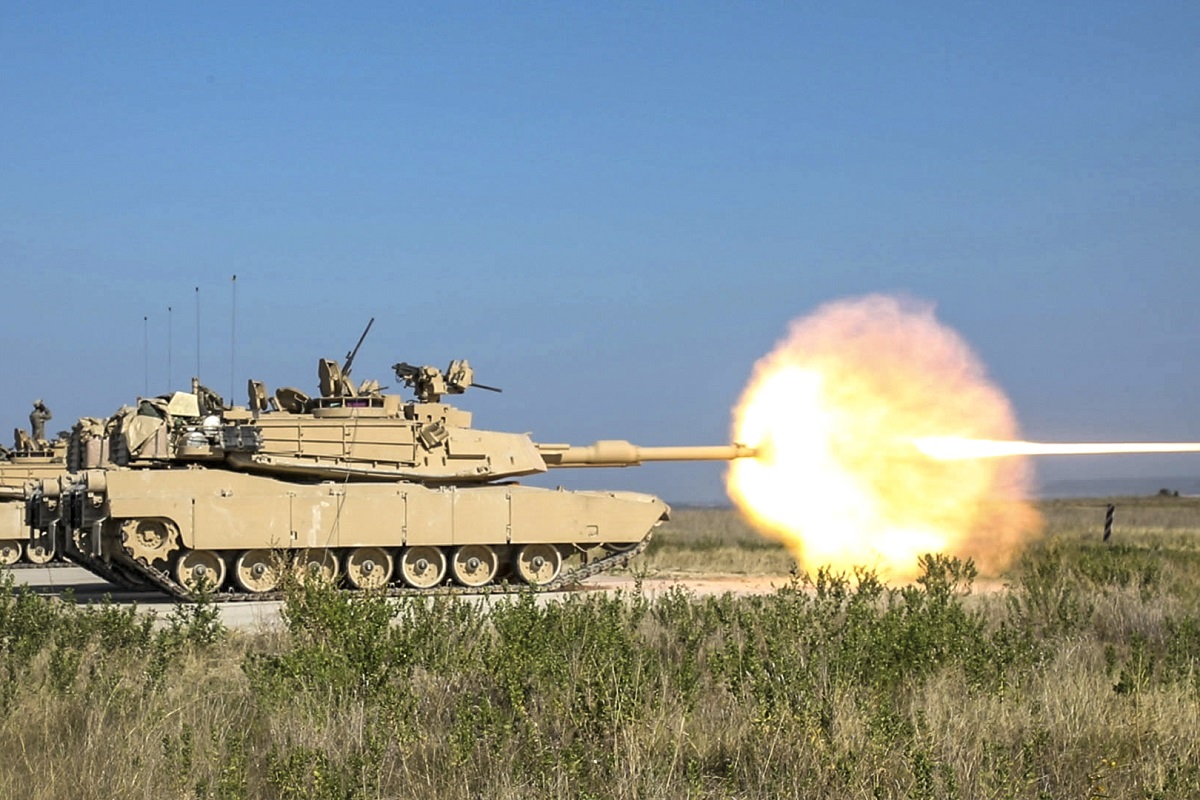 In the middle of 2022, the Polish government announced plans of deals to procure additional weapons. Their aim is to accelerate the ongoing military modernisation plan and increase Poland’s defence capabilities as quickly as possible[1]. Many were surprised when Mariusz Błaszczak, the Minister of National Defence of Poland, announced three contracts signed by Poland with defence industry companies from South Korea.

Poland is one of the main suppliers of military equipment to Ukraine. Since the beginning of the Russian invasion, it has managed to transfer to the Ukrainians a large number of tanks, artillery, air defence systems, spare parts for MiG-29, Su-25, Su-22 aircraft, ammunition as well as a big amount of light weapons stocks[2]. The large flow of weapons to Ukraine has reduced Poland’s own defence capabilities. By the agreement with South Korea, the Polish government first of all seeks to restore defence capabilities and also to modernise the available military equipment[3].

According to the signed agreement, the Koreans will manufacture both K2 and K2PL main battle tanks, K9A1 self-propelled howitzers, and F-50 light combat aircraft for Poland. The value of the set of armaments planned to be purchased exceeds USD 14.5 billion. This amount exceeds the entire Polish defence budget for 2022[4]. The purchase will be financed from the National Defence Fund, which is separated from Poland’s defence spending. The detailed financing plan for this purchase is until now classified.

The first part of the transfer of K2 under the agreement is planned to be completed by 2025[8]. The remaining 820 K2 will be produced jointly in Poland and South Korea starting in 2026[9]. In the same year, the production of the “Polonised” version of the K2 tank will also be started. The first batch of 48 K9A1 howitzers is planned to be delivered by 2023, to be followed by the delivery of 624 K9PL a year later. In 2026, it is planned to start manufacturing K9PL in Poland. The result of this agreement is already practically visible: the first K9A1 SPH tanks K2 were delivered to Poland in mid-December. Here, they will be tested in military exercises[10].

It should be noted that all the three deals incorporate logistics packages, including the supply of spare parts, consumables, special tools, diagnostic equipment, rescue and support vehicles. In addition, the agreement includes the development of special training programmes for technical personnel[11].

Reaction to the signed agreement

Normally, Poland has purchased most of its military equipment and heavy weapons from the United States and Germany, the main NATO partners. It is important to keep in mind that the procurement of military equipment is not a one-time procedure as it usually involves the continuous supply of spare parts and other necessary support equipment from the supplier’s country. Legitimate questions have been asked in Poland about whether a deal with such a geographically distant country is rational considering the logistical challenges. In addition, there were doubts concerning the compatibility of the Korean systems with other Polish military systems, not to mention the extremely different climates, weather conditions, and terrain of the countries.

If the deal is completed, the Polish military will combine many systems in its structures, including American, German, Soviet, Korean and domestically produced ones. It must be noted that such differentiation can particularly complicate the support of logistics and supply chains in the event of a crisis.

In addition, Warsaw intends to strengthen its ground troops. The Ministry of National Defence of Poland has also signed an agreement with Korean Aerospace Industries for the procurement of 48 FA-50 light combat aircraft[12]. It is planned to redesign them into FA-50PL, in other words, to adapt them to the needs of the Polish Air Force. The agreement with Korean Aerospace Industry will also include simulation equipment, training, logistics and support elements, and obligations to transfer certain technologies[13]. The agreement also provides for the establishment of a special maintenance centre on the Polish territory. According to publicly available data, FA-50 will meet the Block 10 standard[14], and the first 12 Block 10 aircraft will be delivered to the country in the second half of 2023. The second batch of 36 aircraft should correspond to the FA-50PL model and will be delivered in 2025[15].

Polish military and security commentators have a positive outlook on the planned procurement of the K9A1 and K2, emphasising the fast delivery time and the possibility of partially manufacturing them locally. And the plans to purchase FA-50 light fighters are viewed with a certain degree of scepticism[16]. Criticism is focused on reminding that Poland is still seeking to modernise its air fleet with multirole combat aircraft (such as the 5th generation F-35 or the 4.5th generation F-16 produced in the US). The Ministry of National Defence of Poland claims that FA-50 would replace the Soviet-made SU-22 fighters and MiG-29 jets[17]. Reviewers criticise FA-50 as an inferior aircraft and believe that it will negatively affect the overall level of the Air Force, primarily because it has so far only been spoken about modifying them to meet the Block 10 standard (the Block standard specifies the specific capabilities of the aircraft, ranging from improved jet engines to the ability to carry next-generation missiles such as HARM, JADMM, etc. during a mission). Also, FA-50 combat aircraft modified to meet the Block 10 standard would have poorer radar capabilities than, for example, F-16. This means that potential enemies could see and attack the aircraft from a much greater distance than a Polish pilot piloting FA-50.

Why South Korea but not US or Germany?

There is still an important question: Why it was South Korea who was chosen as a partner, rather than geographically closer traditional NATO partners (such as Germany) or the US, with which Poland has also signed many large-scale contracts.

According to the Polish Ministry of National Defence and defence analysts, the German military industry would not be able to meet Poland’s needs at the moment due to German’s many-year reduction in defence spending, chronically insufficient funding and the inability to produce the required amount of heavy weapons[18]. Although the Poles worked closely with the Germans, especially in the procurement and modernisation of Leopard 2 tanks, the complexity of the German systems, long waiting times and relatively low quantities of supplies made Warsaw to look for new partners. It is important to note that Poland had sent a request to Germany for permission to procure additional German Leopard tanks, but Berlin only offered 20 units[19].

The decision to refrain from purchasing German systems, of course, also had political connotations. The current Polish government, led by the Law and Justice (Polish: Prawo i Sprawiedliwość, PiS) party, has for years strongly criticised Germany’s decision to lay the Nord Stream 2 gas pipeline, which has made Germany dependent on Russia’s energy. This year, the Germans were criticised for the too slow, in the opinion of the Poles, provision of military support to Ukraine. Of course, the conflict between PiS and the German side is much broader, including even controversial elements of politics of memory and other ideological aspects. In the context of the current political climate between Berlin and Warsaw, the possibility of procuring the necessary armaments from Germany was probably abandoned without much hesitation.

As to the US, the programme for the modernisation of the Polish military is really closely associated with the US defence industry. Back in 2021, Warsaw sent an inquiry to Washington about its intention to purchase 250 newly produced Abrams M1A2SEPv3 main battle tanks for USD 4.75 billion. The US supported the proposal[20]. Already this year, Poland and the US have agreed on the purchase of another batch of 116 used Abrams M1A1FEP tanks[21] taken from US Marine stocks. This time, the price was USD 3.75 billion. However, these tanks are being procured to replace several hundred old Soviet-made T-72M and PT-81 Twardy tanks secretly sent to Ukraine.

In other words, although the Abrams tanks are far more powerful machines, the American tanks would only restore the general status of Polish armed forces before 2022. In addition, the US industry would not be able to supply so many tanks within a relatively short time, in contrast to what the Koreans offered to Poland. It is worth paying attention to the unique and complex technical specification of the American equipment. The Abrams M1A1/2 weighs more than 70 tons[22], which makes it difficult to transport, and Poland’s bridges, terrain, and roads are often not designed for such a weight. It would be difficult to find suitable vehicles capable of carrying tanks of this weight. The Korean K2 tank, weighing about 55 tons[23], is closer in weight to existing Polish tanks, such as the T72M, whose weight is also almost 55 tons. In addition, the maintenance of the Abrams group tanks requires special maintenance personnel and special training, which takes at least half a year.

Another important factor is the refusal of the US to transfer the necessary technologies to Poland. The Polish government wants to increase local expertise and create jobs in the defence sector. When announcing the deal concluded with South Korea, the representatives of the Polish government made it absolutely clear that this deal was also partially concluded because the Koreans agreed to build factories and provide maintenance services in Poland.

According to Błaszczak, Poland has set itself the goal of creating an independent defence industry using the example of South Korea[24]. The current abandonment of the German and US defence systems clearly shows such determination of the Poles. The joint process of the production of Korean-Polish tanks and self-propelled howitzers that is starting in Poland itself will help Warsaw to gain greater influence in creating such systems, adapting tanks and howitzers to the needs of its armed forces, and to gain basic knowledge how such heavy weapons are produced. Until now, the Polish defence industry normally modernised existing systems or produced equipment under licences acquired from other countries (for example, the licence for the production of the Patria infantry fighting vehicle acquired from Finland[25]). However, the Polish defence industry is not yet capable of implementing production processes that require advanced technologies.

It is worth noting that Poland already has some experience of working with South Korean systems. The Krab self-propelled tracked gun-howitzers developed in Poland are mounted on a Korean chassis[26]. In addition, the external independence of the capabilities of the military industry somewhat reduces political dependence on certain partners or their governments, which Warsaw may wish to avoid.

The cooperation project between the governments of Poland and South Korea is undoubtedly very ambitious. The decision to cooperate with South Korea has a very clear logic. However, it is important to remember that Poland and South Korea are still in a quite early stage of the deal, so there may be many changes in the near future due to both financial and (geo)political factors. Meanwhile, Germany is not considered by the Poles as the main potential exporter of advanced heavy weaponry, partly because of its domestic politics and partly because of the growing antagonism between the Polish and German governments.

Adam Roževič is a Project Manager at the EESC and also an active member of the Polish Discussion Club. Adam actively takes part in/organises various events and discussions promoting and encouraging dialogue, voicing the issues of ethnic minorities to governmental and non-governmental organisations. Furthermore, he is one of the organisers of the Young Political Scientist School, which teaches young people about fair elections, promotes the freedom of speech and equality, thus strengthening fair democratic processes in Lithuania. At the EESC, Adam contributes to various studies, writing policy papers and helping organise high-level events.