A cooperation agreement with the Clingendael Institute 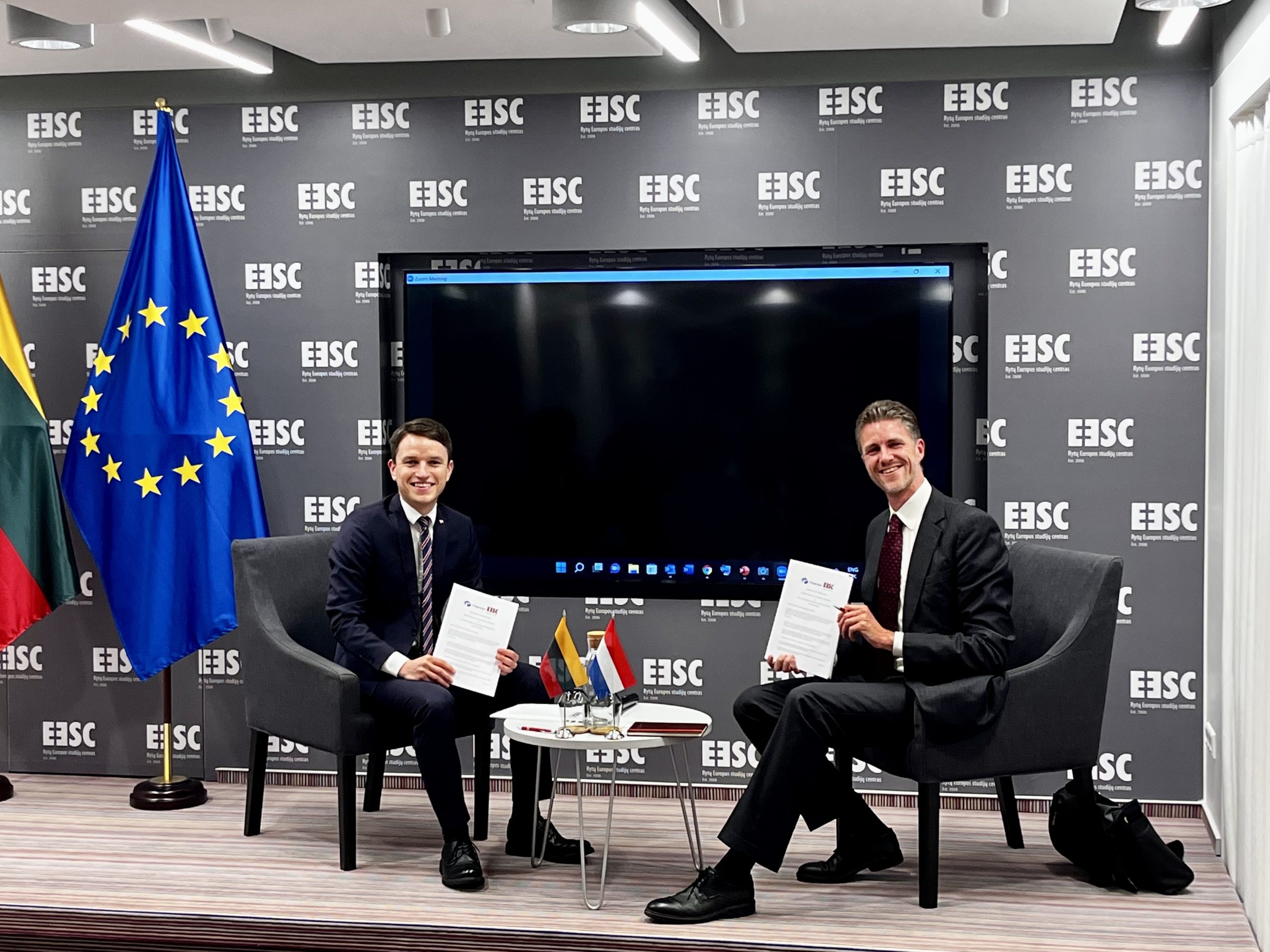 On 16 June, the Eastern Europe Studies Centre signed a memorandum of cooperation with the Clingendael Institute, the largest think tank in the Kingdom of the Netherlands. The agreement was signed by Linas Kojala, Director of the Centre, and Bob Deen, Head of the Clingendael Institute’s Centre for Russia and Eastern Europe. Lieutenant Colonel Laine den Hollander, Defence Attaché at the Royal Netherlands Embassy in Lithuania, congratulated the participants of the event and the growing ties between the two countries’ analytical centres. The signing of the Memorandum was followed by a discussion on “Ukraine’s integration into the European Union – Lithuanian and Dutch perspectives”. The discussion was attended by Mr Deen and the Permanent Representative of the Republic of Lithuania to the EU, Mr Arnoldas Pranckevičius, who joined virtually from Brussels.